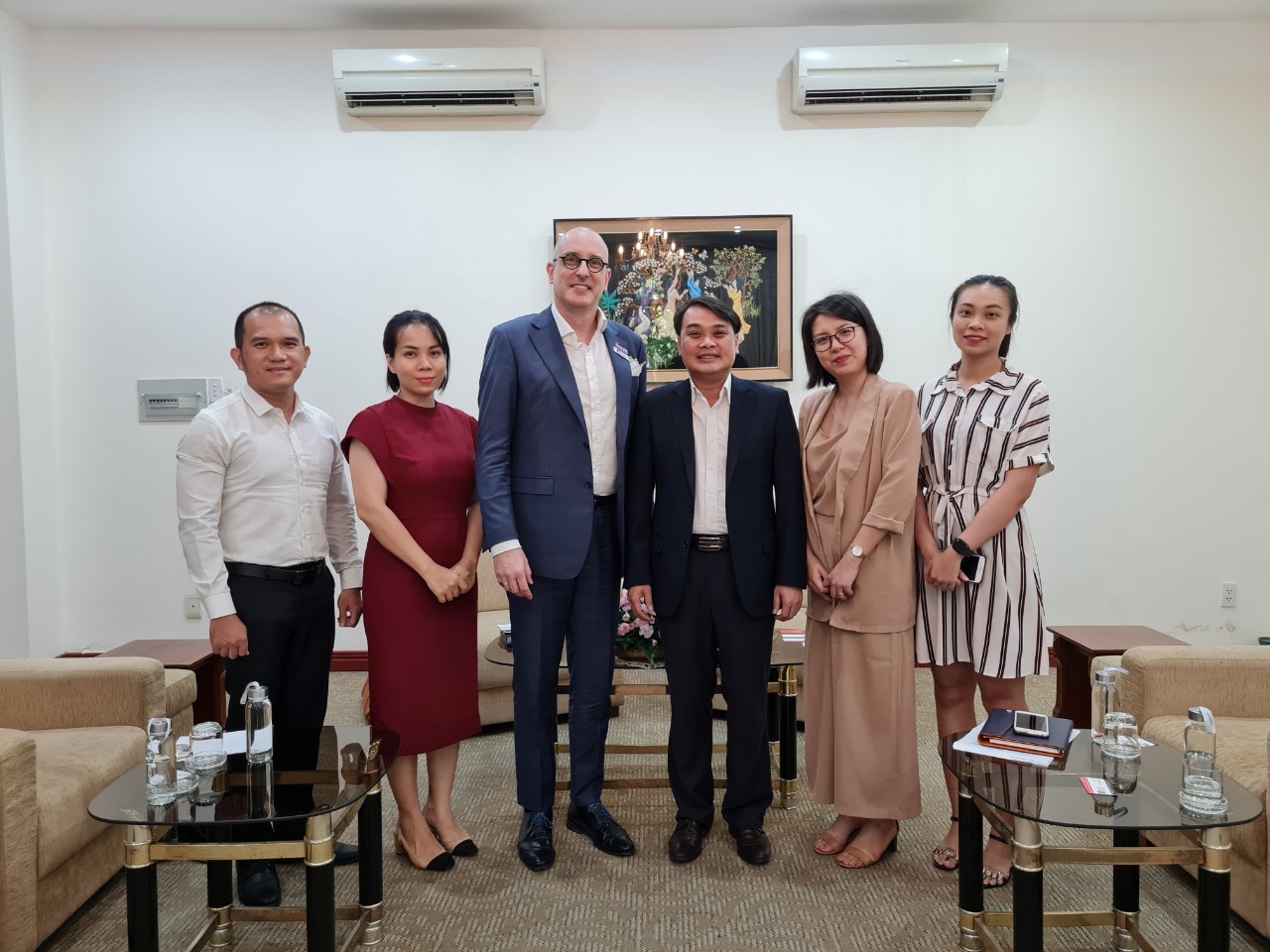 On the afternoon of 16th April 2021, BeluxCham Chairman - Mr. Bart Verheyen has a meeting with Mr. Le Truong Duy - Director of Foreign Service Center (FSC), Department of External Relations HCMC. At the meeting, Mr. Duy has consulted with BeluxCham on organizing events in the European Village in HCMC towards the two-year anniversary of the conclusion of the New-Generation Free Trade Agreement between Vietnam and the European Union - EVFTA. Besides, FSC also seek to strengthen cooperation and connection with BeluxCham. In response to the wishes of the Vietnamese side, BeluxCham proposed that both agencies can organize events/activities together to promote the relations and trade between Belgium - Luxembourg and Vietnam. Furthermore, BeluxCham will support and cooperate with FSC in organizing "European Village" events, which will be organized in October 2021.